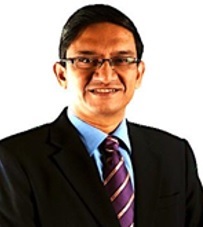 Prof. Abdul Rahman attended Maktab Rendah Sains MARA (MRSM) Kulim in Kedah before continuing his studies at the University of Southern California in the USA, where he obtained his Bachelor’s degree in Chemical Engineering. Subsequently, he received his Master’s degree and completed his Ph.D. in 1993 in the same field from the University of New Hampshire, USA.

Prof. Abdul Rahman began his professional career as a lecturer at the School of Chemical Engineering (SCE), USM in 1993. He was one of the pioneers of the School and served as the Dean of SCE. As an active researcher, his research interests span across the areas of reaction engineering and catalysis, air pollution, wastewater treatment, fuel technology and nanotechnology. His collaboration with international researchers includes those from Osaka University and Nagaoka University of Technology in Japan; and with the University of Lorraine (France) where he has also broadened his research influence.

He has received more than 80 research grants from various national/international organisations, amounting to more than RM25 million and has published more than 400 research papers in international/national journals and conference proceedings with Scopus bibliographic database recorded H–Index of 81 and total citation of more than 21,000. He has also graduated more than 50 Master’s and PhD students.

Apart from his extensive research work, Prof. Abdul Rahman has been instrumental in the success of the University’s cooperation and partnership with the industry. His active involvement in the Collaborative Research in Engineering, Science and Technology Centre (CREST) has seen a boost in collaborative R&D projects between USM and the industry.

He has also played an important role in coordinating strategic collaborative programmes between USM with the Northern Corridor Implementation Authority (NCIA), Khazanah Nasional, Talent Corporation and Majlis Amanah Rakyat (MARA). The Talent Development Model and Collaboration Model developed with NCIA for the Penang projects have been replicated to the Sains@Chuping project in Perlis and the Sains@Alor Setar project in Kedah.

At the national level, Prof. Abdul Rahman serves as the Technical Advisor for the Public Private Research Network (PPRN) and Evaluation Panel for Translational Research@MOHE under the Ministry of Higher Education Malaysia.  He is a Field Expert in the Nanotechnology Area and Project Leader of National Graphene Consortium under the National Nanotechnology Centre.  As a fellow of the Academy of Sciences Malaysia (ASM), he has been appointed by ASM as the Industry Focus Group Leader for the Malaysia Science, Technology, Innovation Master Plan (STIMP) 2020-2030 and recently appointed as Chairman of the Task Force on National Nanotechnology Policy and Strategy (NNPS) 2021-2030.

His active involvement in motivational programmes at MRSM and schools have successfully improved student academic performance and have led to USM-MARA partnership in developing special academic and educational programmes together.